Bitcoin price surpasses the $20,000 threshold and is forecasted to have a strong breakout in the coming trading sessions. 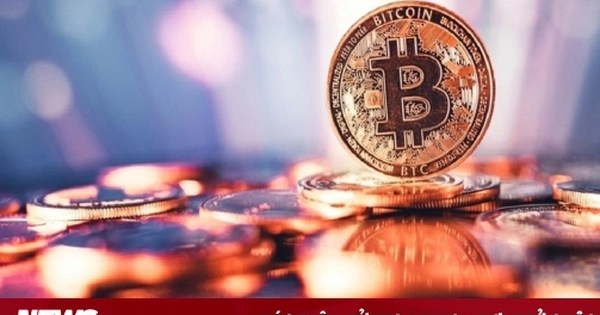 Bitcoin price continues to rise to surpass the $20,000 threshold. Despite the skepticism, some investors in the financial markets seem not to have lost interest in high-risk channels. The trading volume of Bitcoin is still showing positive signals, which shows that investors in the market are not too pessimistic.

Many traders think that the leading virtual currency is ready for a strong breakout. Cryptocurrency experts have also come up with an analysis of Bitcoin’s recent price action to predict the next movement in the future. According to cryptocurrency consulting platform Eight Global, Bitcoin price could gain bullish momentum, as long as it breaks the $20,100 – $20,340 resistance area.

Meanwhile, the supply of Bitcoin on exchanges has dropped to a 4-year low, proving more market participants are willing to buy than sell.

Statistical data for the past 24 hours shows that the world’s most popular and valuable virtual currency fluctuates between $ 19,826 – $ 20,460 (lowest price – highest).

According to CoinMarketCap, Bitcoin trading volume is around $33.9 billion, market capitalization at $385.5 billion.

According to virtual currency experts, Bitcoin’s long-term compressed state and investors’ expectations can cause the leading virtual currency’s price to spike sharply in the coming days. Data from TradingView shows that Bitcoin has broken through the $20,000 threshold and is in a steady uptrend.

Many professional investors also think that Bitcoin is about to return to a new growth rhythm, the short-term outlook may increase to $ 29,000. Previously, famous analysts such as Yuya Hasegawa or Edward Moya believed that as investors’ risk appetite increased, Bitcoin price could penetrate the $25,000 resistance level.

According to some virtual currency experts, although the cryptocurrency market has only come out of the crisis for a few months, the ability to provide margin lending services in this market is not too bad. This could boost the price of cryptocurrencies, including Bitcoin.

However, William Clemente, co-founder of digital asset trading and research firm Reflexivity Research, warned it is still too early to confirm that the Bitcoin price trend has changed.

Many professional investors also believe that the Bitcoin price in particular and the cryptocurrency market in general have not been able to break out as expected due to the lack of growth momentum. Bitcoin’s downtrend is likely to continue amid Bitcoin’s growing relevance to equities.

The recent plunge in the price of Bitcoin is attributed to the negative impact when the US stock market plummeted, in the context of investors worried about the impact of the monetary policy tightening campaign and the Fed’s drastic measures to curb inflation.

According to professional traders, risky assets like stocks and cryptocurrencies have lost their appeal as interest rates soar. Risk aversion once pushed Bitcoin price below the key $20,000 threshold.

According to Joe DiPasquale, CEO of crypto hedge fund BitBull Capital, Bitcoin price will test a bottom near $18,000. Overall, there is still uncertainty about potential macroeconomic triggers and investors are unlikely to add risk ahead of important events like the interest rate decision.

Data from Tradeview shows that Bitcoin price hit a peak in the $20,400 region on September 28. But the strong selling pressure caused the market to plummet, wiping out the intraday gain as it returned to the area below $19,000.

This brings panic to investors. According to CoinMarketCap, Bitcoin is down 93% from its 2011 all-time high. Further declines are 84% in 2015 and 2018 and 75% in March 2020. In previous bear markets, the Bitcoin price has all dropped below the actual price in an average of 180 days.

For these reasons, pessimistic investors may believe that the prevailing long-term downtrend will continue in the coming weeks.