America is “creating” a second Elon Musk, ie the hottest products in the auto industry. Specifically, the most sought-after electric cars in the US come from Hyundai and Kia.

Earlier this year, two Korean automakers launched two new battery-powered models, the Hyundai Ioniq 5 and the Kia EV6. Surprisingly, these two new models quickly surpassed popular models such as the Nissan Leaf, Chevrolet Bolt and non-Tesla models, to take the top spot in the ranking of the highest-selling cars in the US.

Specifically, in the US, from the beginning of the year to May, Hyundai and Kia sold 21,467 Ioniq 5 and EV6 vehicles, surpassing the Ford Mustang Mach-E with 15,718 units sold.

Joseph Yoon, an analyst at Edmunds, said: “From the perspective of the electric vehicle market, these are models with great potential for competition. Honestly, I don’t know if any dealers near me have any in stock.” Tesla’s electric vehicle sales are still higher, but it took the company a decade to sell the same number of cars as Hyundai and Kia did in just a few short months.

Meanwhile, for Hyundai, electric vehicle production is not a field that has just been made. According to Steve Kosowski, Kia America’s director of visionary strategy, the design of the cars began about six years ago. At that time, the Chevrolet Bolt had just been launched on the market and Kia was also considering a car of the same size and range. After that, Kosowski and Hyundai came up with an idea of ​​​​a car that was larger, sportier and more luxurious, with a “slightly” more expensive price tag. 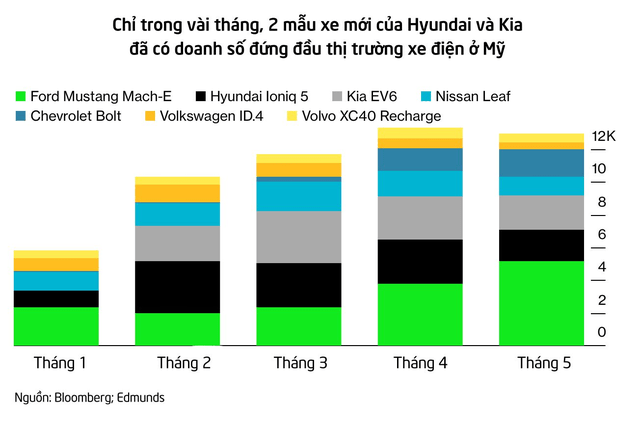 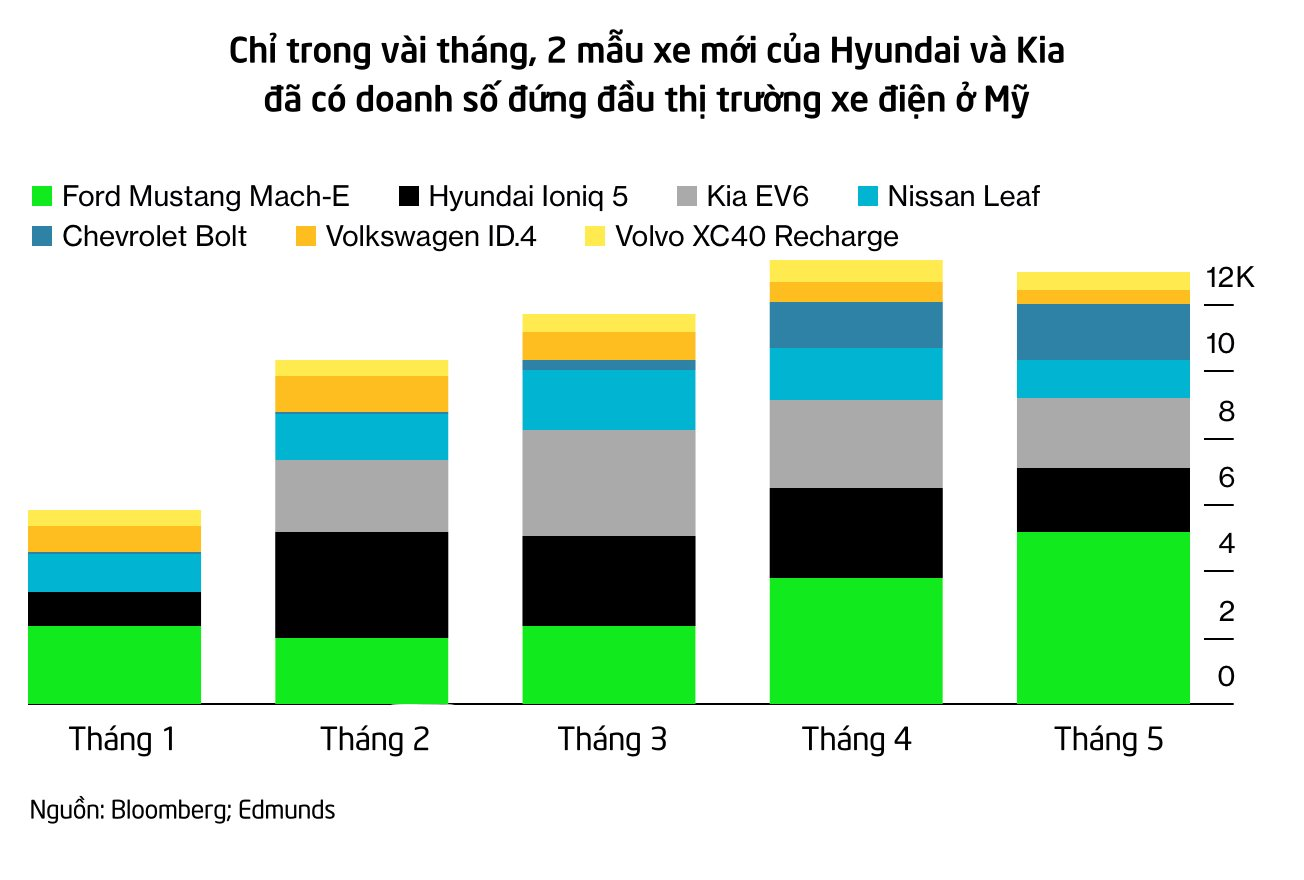 Hyundai’s launch of the new model is said to be the right time. Electric vehicles are becoming increasingly popular in the United States, thanks to both concerns about climate change and soaring gasoline prices. Of the roughly 30 models sold across the United States, only a few are priced under $45,000, and most are relatively small and older models like the Nissan Leaf.

READ MORE:  Facebook is about to become the ‘second TikTok’: Show only interest-based content to retain users

Both the Ioniq 5 and EV6 have as much space as a small SUV, in a size and style that’s been very popular in the US in recent times. Both models run on the same modular platform, with similar engines, batteries and speed specifications. 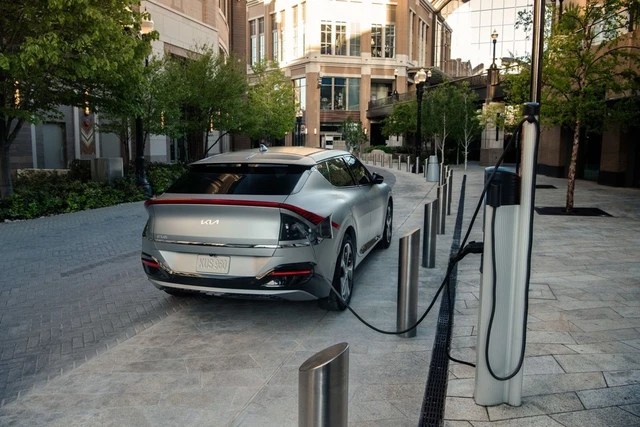 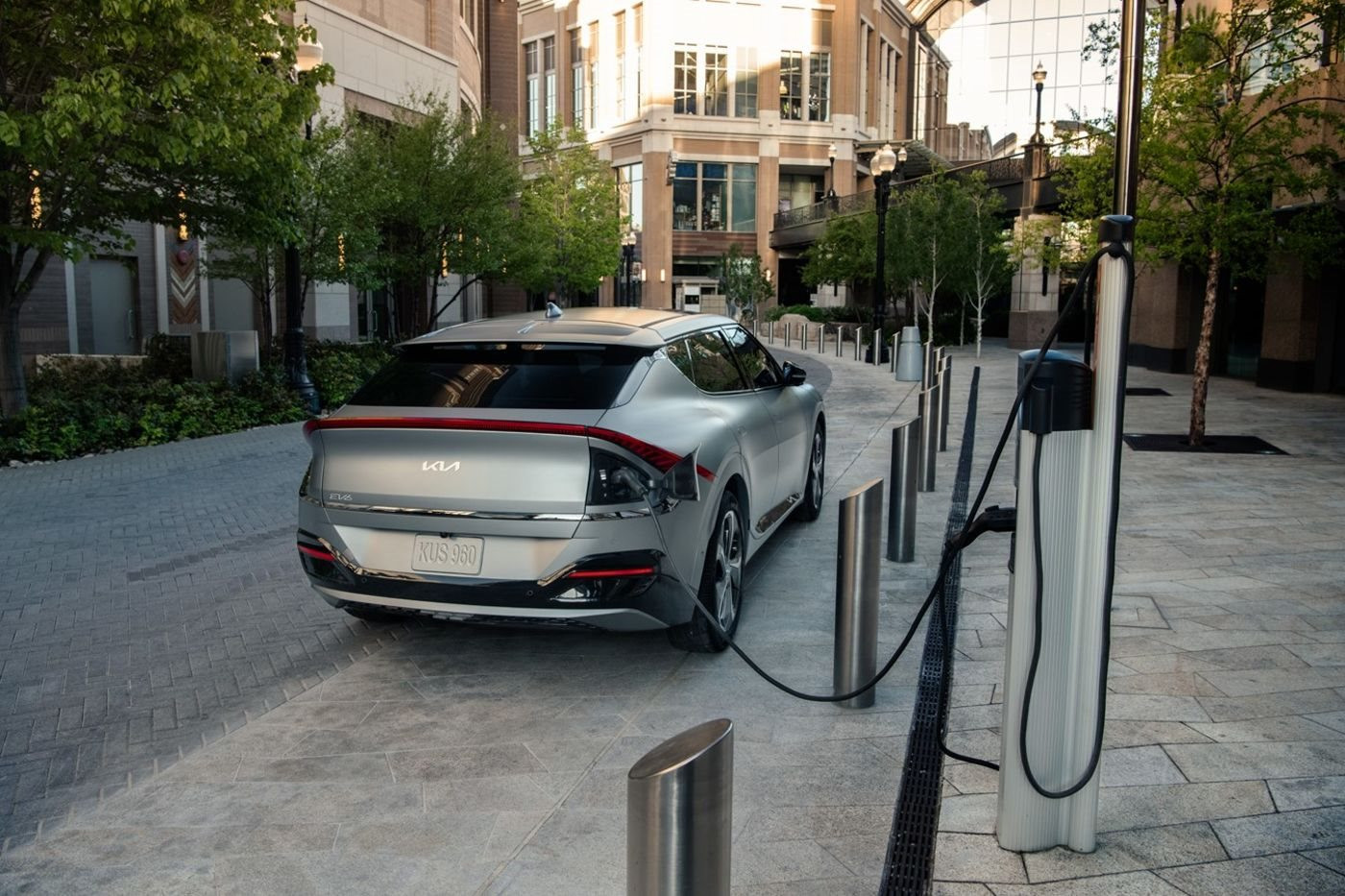 The car is also equipped with a screen and is one of the fastest charging cars, able to go nearly 26km in ideal conditions. In addition, the 2 cars also have some novel features: pedals to adjust regenerative braking and 2-way charging (can charge other devices or electric vehicles).

With prices starting at around $40,000, Yoon said, the car is appealing to a lower-income group of buyers who may have previously purchased a sedan. In addition, the car’s interior is also an attractive factor. Emad Zia and his wife are just planning to “reference” the electric car market when new Hyundai cars are launched. Both love sporty cars, but prefer a larger design than the Volkswagen Golf R or Mazda Miata they already have. They decided to choose Ioniq 5 even just looking at the pictures and speed parameters, then ordered the EV6 because they couldn’t find any dealers with Hyundai cars priced close to the listed price.

According to Kia, so far, about three-quarters of EV6 buyers have used cars of other brands and only one in 10 have used cars with chargers. According to Bloomberg Intelligence, the current waiting list to buy an EV6 has lasted about 6 months and the price is several thousand dollars higher than the listed price, indicating that buyers are willing to pay the extra fee.

Eric Watson, vice president of sales for Kia America, said: “Our dealers announced that the EV6 went on sale within a few hours.”

Kosowski said that Hyundai’s new products are taking advantage of part of “Tesla’s weakness” as sedans and SUVs become popular not only in the coastal states in the US. The automaker also plans to launch a battery-powered car every year for the rest of the decade and is spending $16.5 billion to boost electric vehicle production in South Korea. By 2030, the company aims to contribute 12% of the market share to the global electric vehicle market, with about 3.2 million cars and trucks.